I dunno if I feel good or bad about it though – because it means, after  a couple of years of already having this site up I only have 2 months worth of posts

but it’s still a milestone for me because I hardly post in my blogs nowadays. That aside, it’s time to celebrate with a very looong post!

Most affordable Nendoroid Co-de ever! 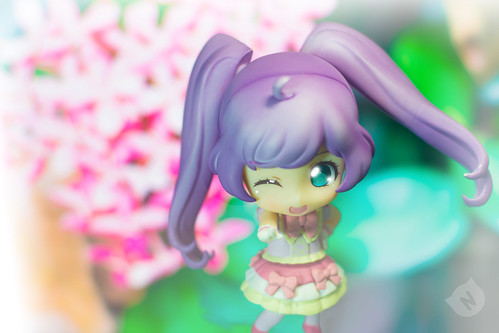 For starters, I recently bought Nendoroid Co-de Manaka Lala from PriPara from our local Japan Surplus Store (I forgot the actual name, doh! Same location where I get my other cheap goods) I got it for around only $4 (actually 200 PHP)! From what I know its actual price is around $20. I’m not even a fan of her series, but here, I’m loving every bit of her Nendoroid Co-de figure!

Of course, for it being cheap comes the consequence of missing parts (Her ribbon is missing

) and maybe broken parts (her skirt at the back is broken but barely noticeable since you can just try not to take back pictures instead) and missing the perks that comes with the box (from what I remember, it had stickers?)

Nevertheless, you can always replace the ribbon with another ribbon from someone else or another Nendoroid Co-de as well as the body!

That’s the main beauty of Nendoroid figures after all! I’m actually really happy because I missed getting her and didn’t want to fork out too much since Nendoroid Co-de is a bit lacking for its price. This one will definitely do, now if only I can also get Nendoroid Co-de Minami Mirei (also from PriPara).

There’s just something about their cute costumes you gotta love! Tomoyo will probably want to have this worn by Sakura as well 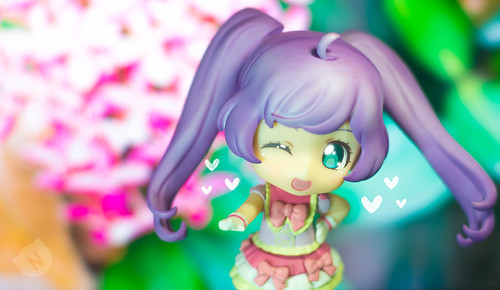 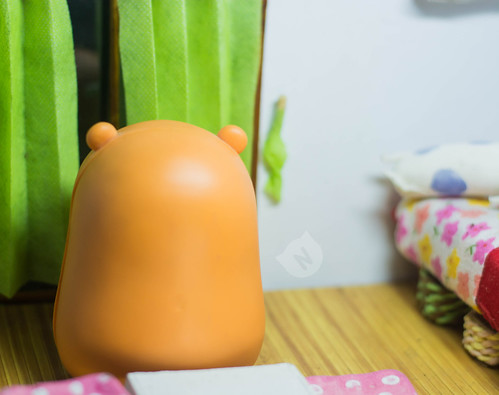 Umaru: NEESAN, WHY HAVEN’T YOU POSTED MY ROOM PHOTO SHOOT YET?!! IT’S BEEN MONTHS!!!!!!

I know, I know, please hate me for not posting yet! Actually, it’s been done already, even the photo shoot! But I haven’t edited the images (for watermarks). I probably will post it after this (hopefully)

A pile of Nendoroid Boxes 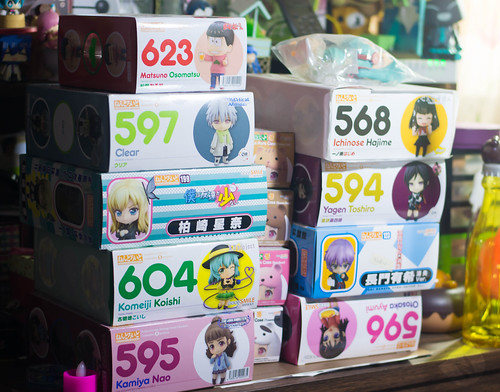 For some reason, I haven’t opened my new Nendoroids that arrived since April or May, I can’t exactly recall.

It’s also partly why I have been inactive. Apart from needing some space (I had to buy another 3 layered organizer, which I just got to do recently because it’s so hard to find!)

I usually do it for reference. So without me realizing, the boxes have already piled up this much! I even remember opening other nendoroid boxes and other toy boxes that arrived but they went straight to my cabinet, I feel guilty for not playing with them or taking photos of them at least

Guess I got to do some unboxing real soon before December comes or I won’t have any space at home! Plus it might turn into a half-year loot. Who should I unbox first though? I have another box coming again plus a couple of nendoroids without boxes huhu. HALP

Yet again they’ve been updated

and I’m still working on it. It sucks that wordpress upgrades overwrite files that involves my smilies but I guess it’s better safe than sorry. I forgot where I placed my backup from last time, so I had to re-do it all again! Ughhhghghghg

. Well, at least I found new ones.  It’s a bit tedious but I’m trying to re-add the old ones I actively used before, choosing over 186 animated gif is something though

Smilies actually make me inspired whenever making a post

so I don’t feel like posting at all whenever it’s not working (thus, the laziness)

Well this is getting long!

But at least I had so much to say, next time I hope to have a photo blog post, just like old times

Hello to another year!