I picked up yet another kitten err, nendoroid yesterday from Otakuhobbitoys! None other than the very adorable, Nya-tan!

The anime’s story revolves around Nyaa-tan, the cat of Chinese astrology who wants to become a member of the Chinese zodiac. Nyaa-tan is simple and suffers from memory loss, and she tries various foolish ways to become a member. She meets Takeru Amato, a high school student who lives alone in Akihabara, and becomes a freeloader at his house. Little by little, she gets closer to her goal.

Her nendoroid was released last week (4/07/16), and as usual, mine arrived in a few days – all thanks to OtakuhobbitoysPH

So why did I order her? I’m not really familiar with the anime but you can probably guess why, and that is because, she’s a cat

One does not resist a neko nendoroid

Here are are some pictures of her box, I fell in love the moment I saw it

(Front, Top, Bottom, Left, Right, Back – May not be in particular order but those are as seen below)

And here are her contents as seen in the blister pack, also some of her parts you might want to check 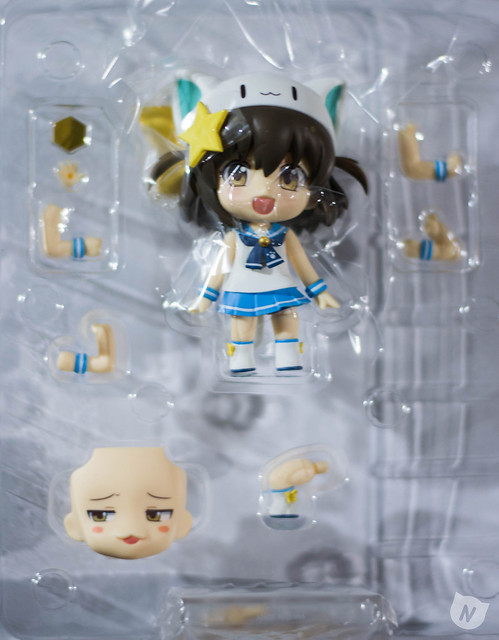 As you can see, Nendoroid Nya-tan only has 2 face plates (primary face plate & her special face plate doing the smirk), 4 extra arms to pose the cat pose most probably, 1 leg for the cat posing as well, an extra hand for use with the other small item (I don’t really know what it is since I haven’t seen actual anime, but feel free to point out what that is!) Lastly of course, is the stand with a free neck joint per GoodSmileCompany‘s standard brand new nendoroids.

It doesn’t end there though! We’ve got more fun parts, her flashy background and some stickers! YAY 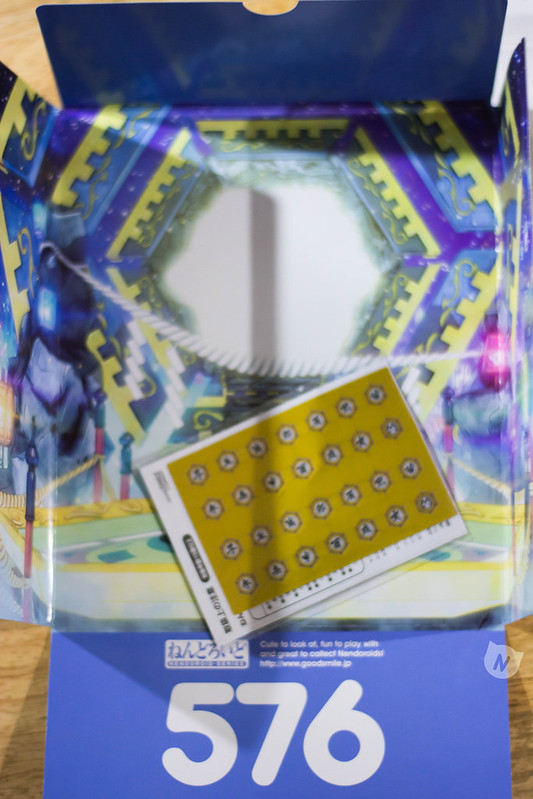 I haven’t tried posing her with it but it looks promising. Only a few nendoroids let you have their special background, most of the time they’re exclusive so it’s really nice she has one.

So, out of box are we, little kitten? 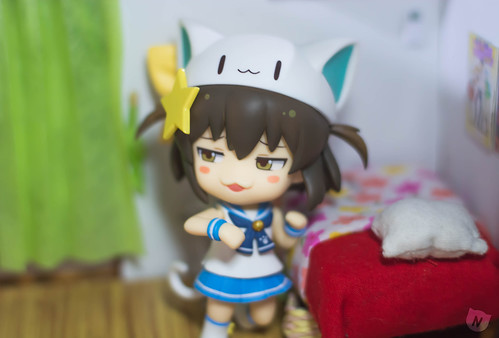 She’s really adorable especially up close and the cat you should never mess with, it always seems she’s got some plan going on at the back of her head

Like our cute little hamster Umaru, her head parts are as is. Probably like others, I had hoped that her cat hat was removable

But it’s glued to her hair, so..it’s really not possible I guess! Just think of how nendoroid Kamui Kobayashi ended up (._.) I hope someday it will be possible though! 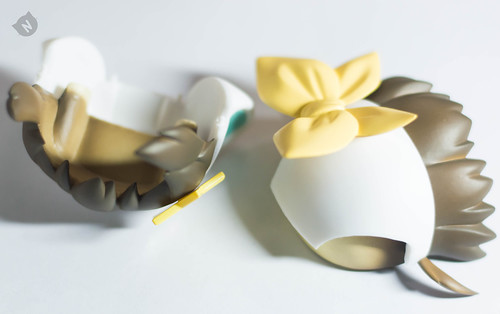 And if you were wondering about the tail, it’s removable and movable! Got to say, GoodSmileCompany did a good job on that! 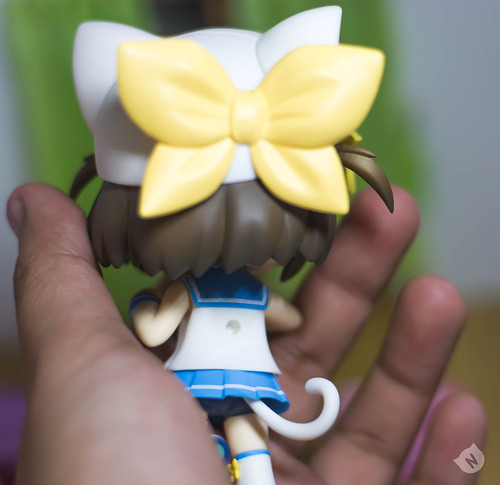 Of course, I can’t show how it moves but it moves to the left and right. So now you can pose her tail in different directions. I wish they have done these with some of their recent releases’ hair. And oh she has a lovely big yellow ribbon too on her hair! It’s removable as well + 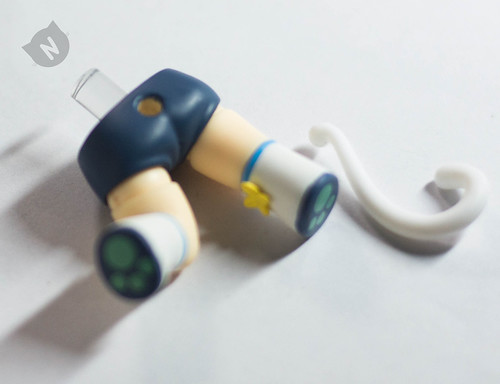 This is how it looks like underneath the skirt, as you can see, it’s removable as mentioned. Just a reminder though, it’s best you always check on this part for every use, so you won’t lose it

I have a feeling I might lose this especially when I’m on a go, be very careful!

Anyway, now that I’ve showed you her box and contents, it’s time for the photo shoot! Hooray! Today this little kitten went to visit the little hamster. I don’t think she is pleased but it all ended well, somehow 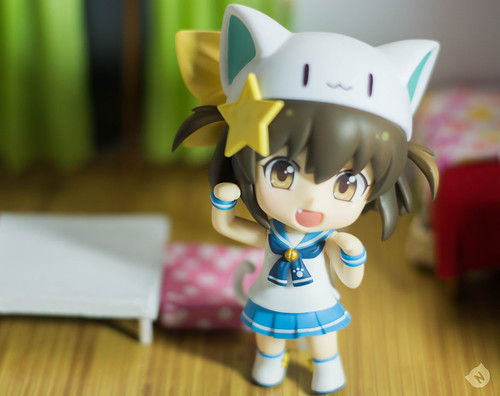 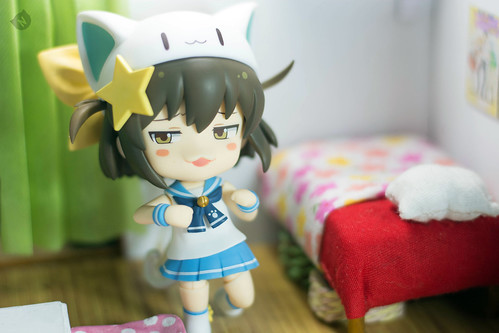 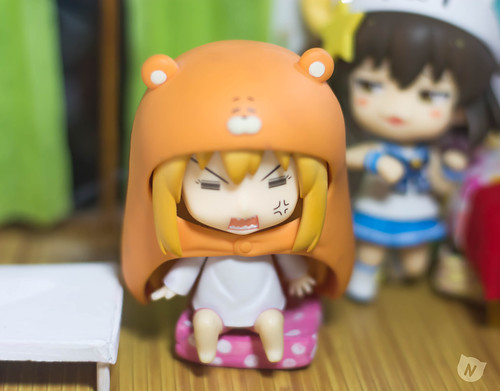 Umaru: Why do I have this feeling I am being watched? 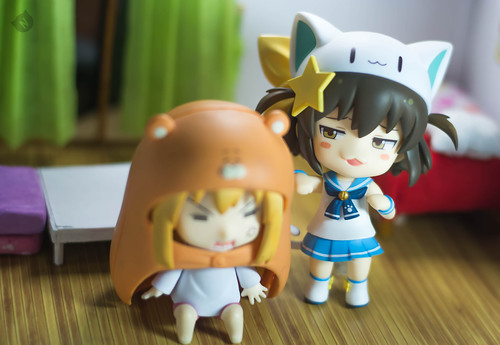 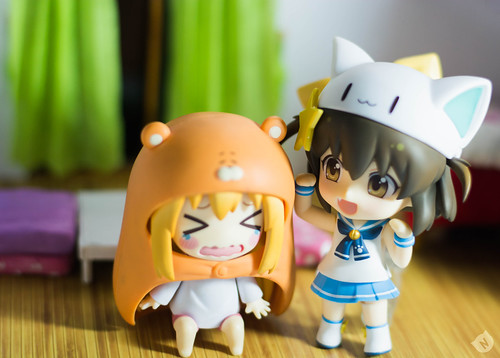 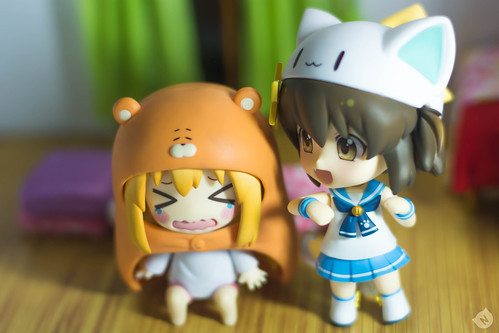 Umaru: But you scared me! Why are you here? Are you gonna eat me?!! 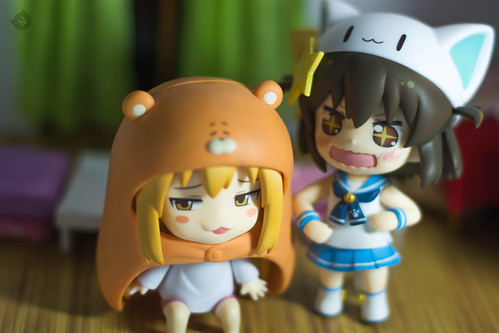 Nya-tan: Relax! I came here to play some games with you!

Umaru: Well, why didn’t you say so earlier, and you can at least knock right? 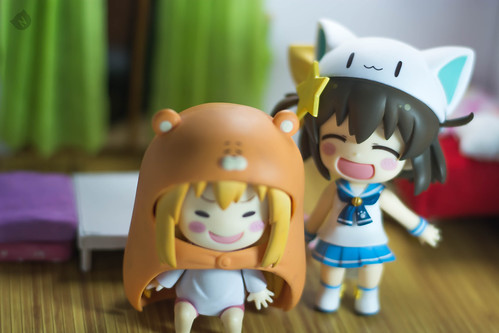 Nya-tan: Because surprises are fun!

Umaru: You make a point. I like you. Doesn’t matter now if I’m a hamster and you’re a cat I guess 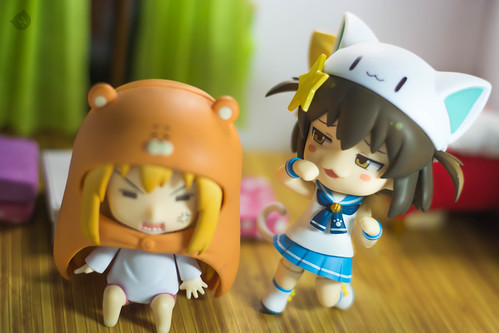 Umaru: Should I really trust you though?

Hooray for Nya-tan! She’s easily one of my favorites. I’m thinking of watching Etotama now especially after she’s arrived!

How about you guys? Have you gotten your Nya-tan as well? Do share some pictures here!

If not, you really must get her! Trust me, nyaaaan