. It’s because I was too caught up with some stuff and had decided to put off photo shoots for awhile but hey, I’m here now! I’ll just make up for it next year

Anyway, putting that aside, last February 17,2016 (just recently!) my first ever figma arrived 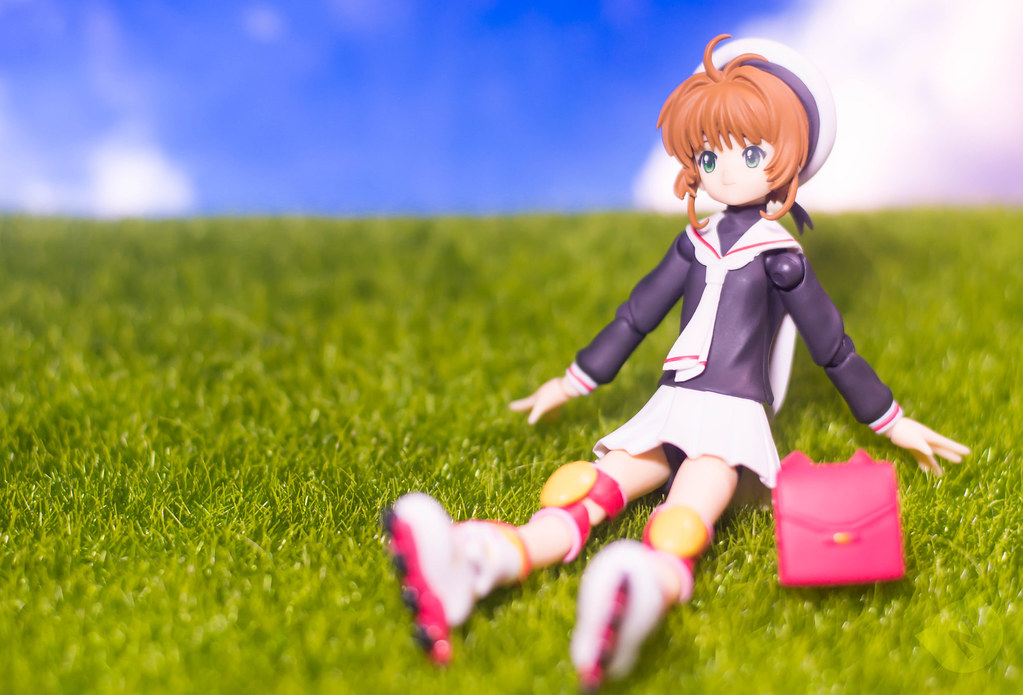 Sakura Kinomoto is the magical girl from everyone’s (well, most) childhood favorite anime Cardcaptor Sakura. She’s known as bubbly, and brave – and clumsy

Alongside with her battles is her best friend Tomoyo Daidoji (she also has a figma available soon!) and her guardian Cerberus (although pronounced as Keroberos due to Japanese influence).

The figma Sakura Kinomoto: School Version portrays Sakura in her school uniform (obviously) but there was an earlier release in which she is wearing her trademark attire in pink here. It was released along with Nendoroid #400 (her nendoroid), after it was finally announced that she’s going to have figures from GoodSmileCompany. It was such a wonderful day when they did.

Why did you get this version over the earlier one?

I’m a fan of Cardcaptor Sakura as most are, however, the toy line figma didn’t appeal to me at first, until figma Sakura Kinomoto: School Version was announced. It was my turning point – as I thought, “why not?”. In particular, her funny face got my attention. I find it silly of me though because now, I find it the most awkward part in her accessories

As usual for figures, the box design showcases Sakura Kinomoto’s famous poses along with the fun extra poses (the one with the funny face) so you can refer to them whenever you take your pictures! 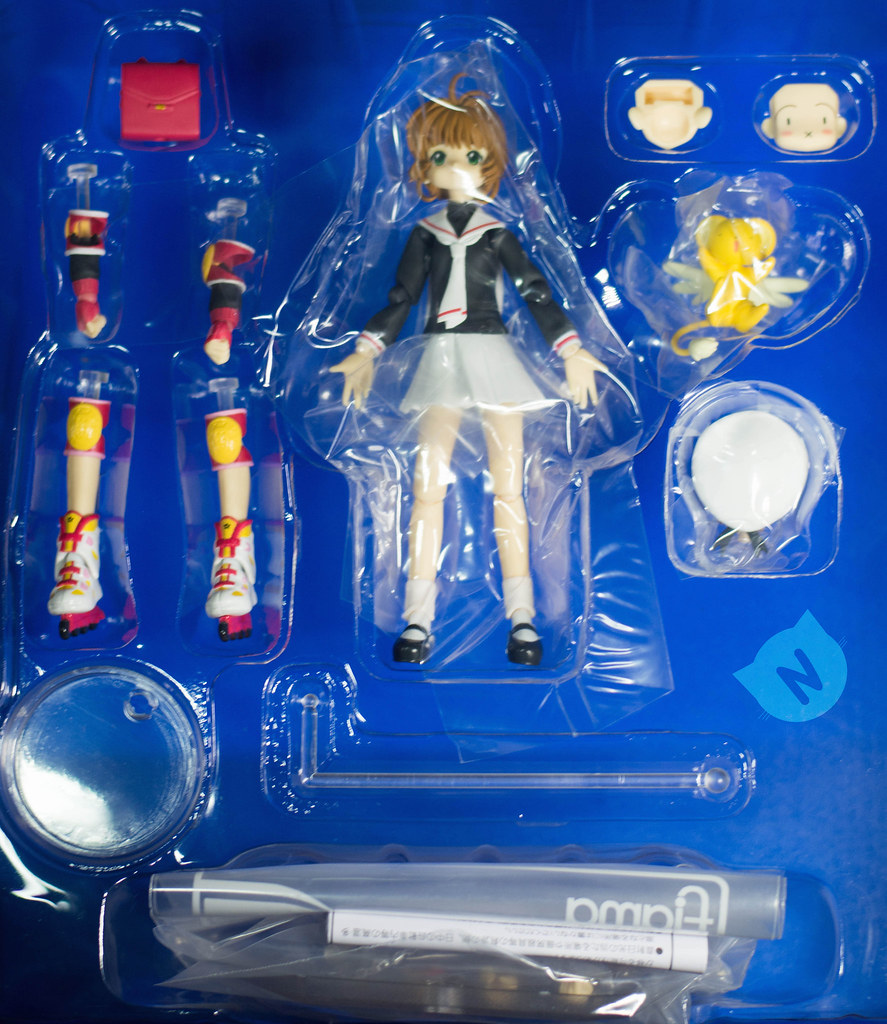 The contents are the following: 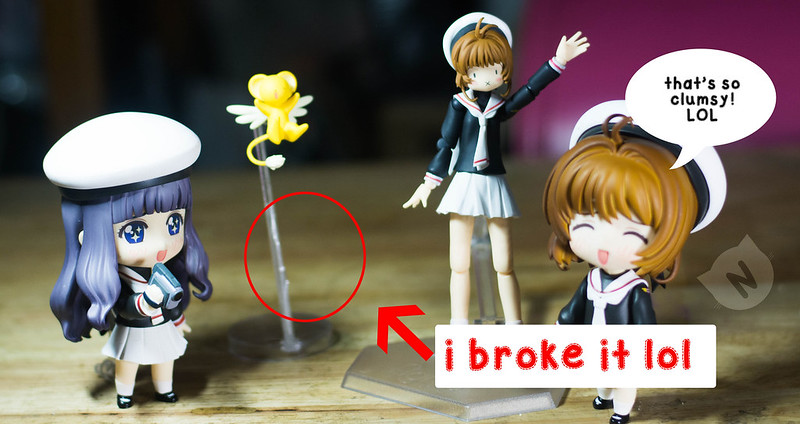 I’m honestly bad with Nendoroid stands but I guess they’re better as they’re build stronger somehow for being thicker.

Nevertheless, I was able to make Sakura photoshoots just fine. What you got to love about figma, is that their joints let you do many poses more than what was just displayed in your box (the references) it’s up to you and your thinking/creativity skills. So, here are some shots: 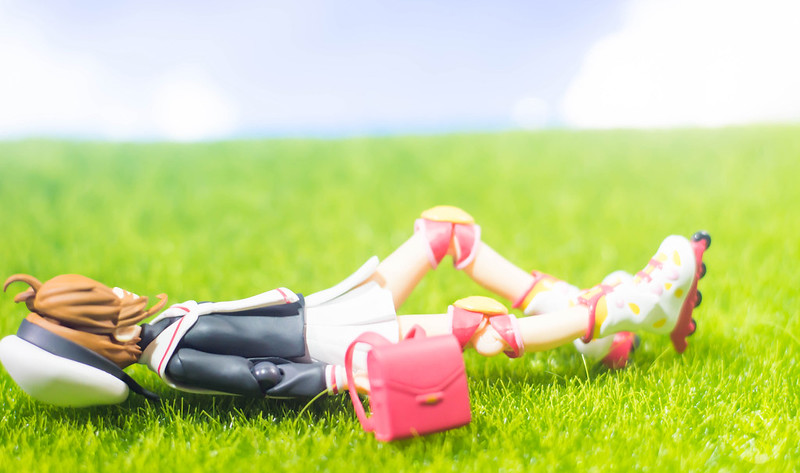 Fresh air is soothing, isn’t it Sakura~chan? Sakura: It is, very.. 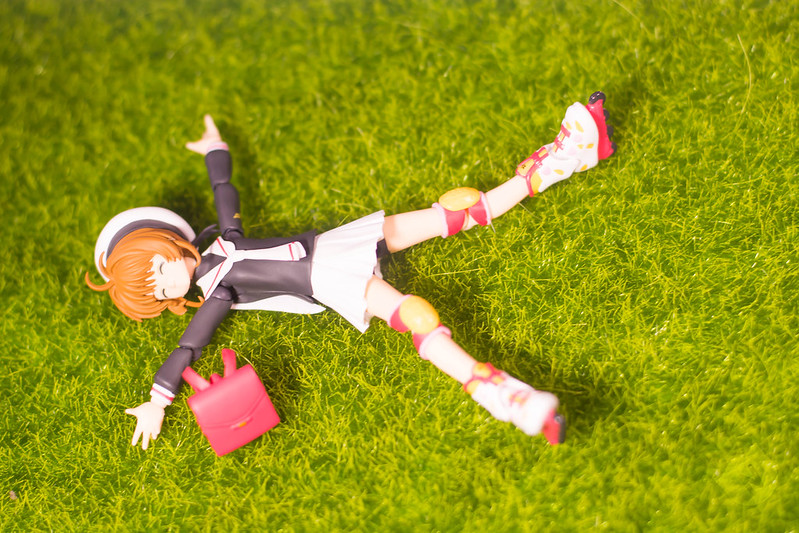 Sakura: Kiyaaaa. Maybe I should take this chance to rest up after so many battles with Clow Cards lately! 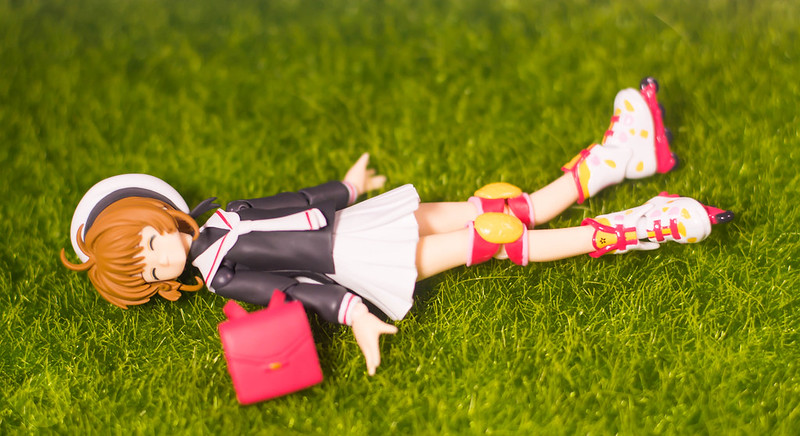 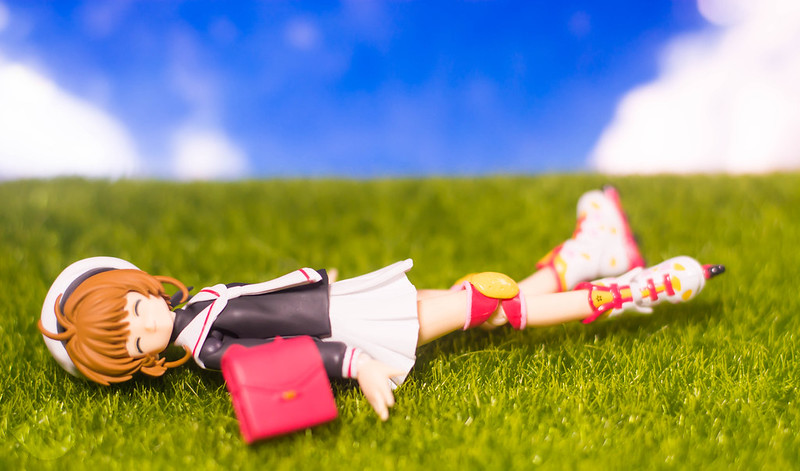 Me: But shouldn’t you be at school right now? Sakura: Well, I happen to be very early, you see! So, I thought I could do some stretching for a bit. Me: Well okay, but.. 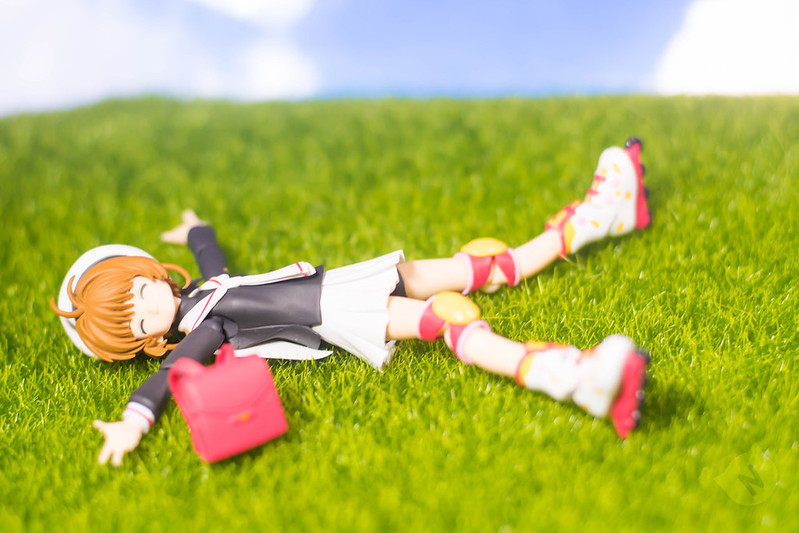 Sakura: Besides, the sun is up high today, it would be such a waste not to enjoy it! 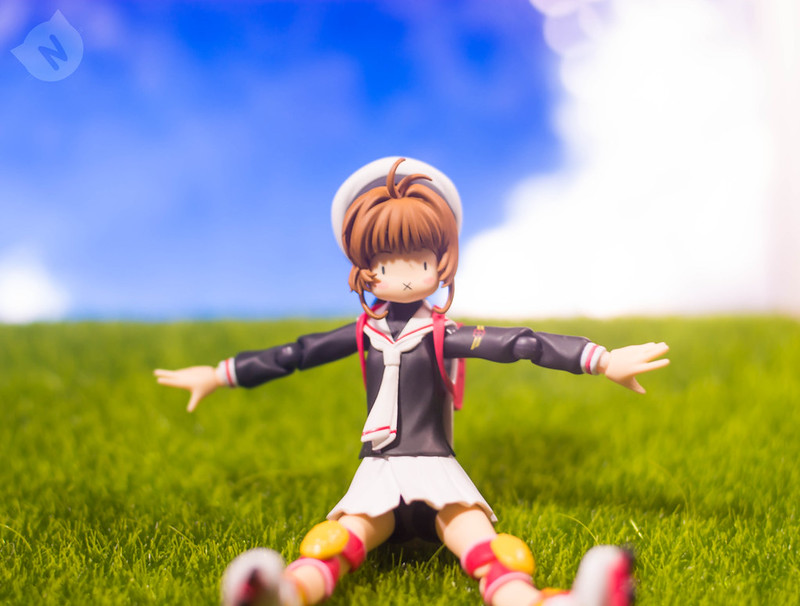 Sakura: Okay! Time for some stretching! One, two three! 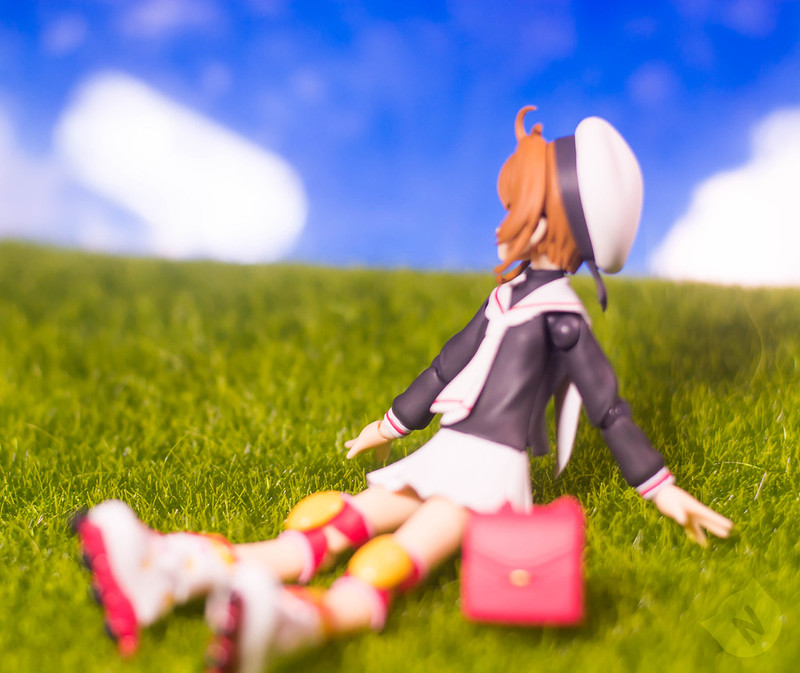 ME: WAIT SAKURA!! THAT LOOKS LIKE A CLOW CARD OVER THERE OH NO!!! Sakura: Huh? *looks* 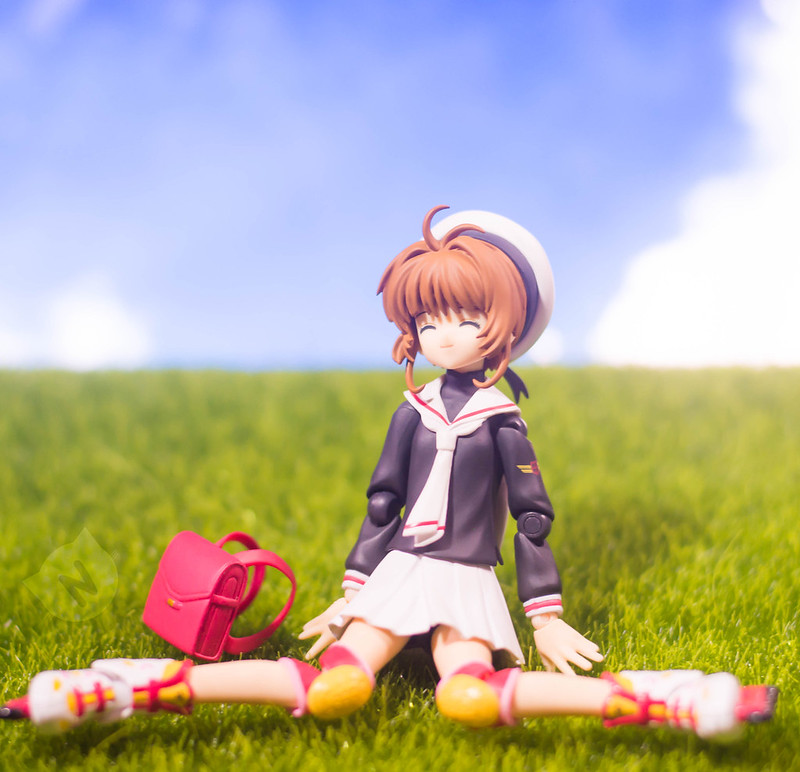 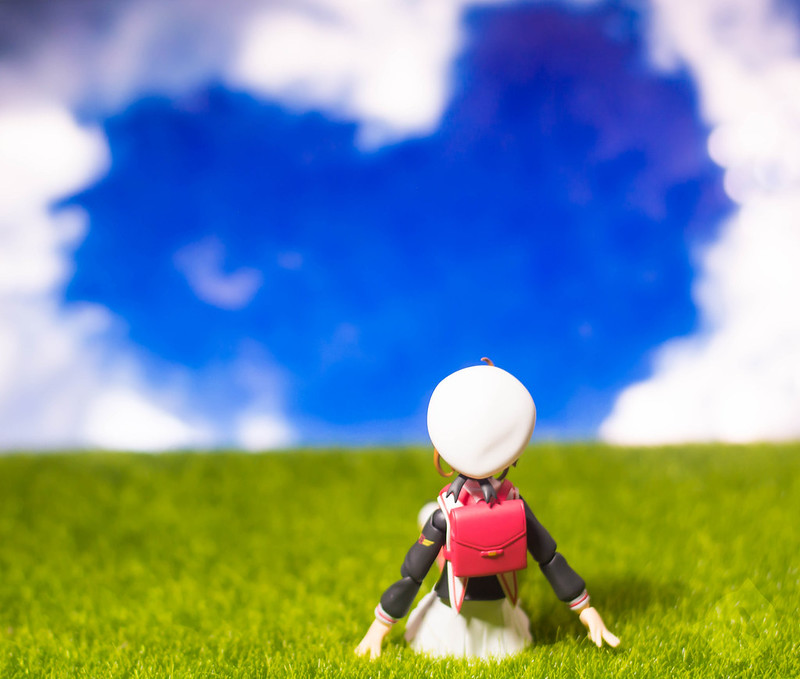 Sakura: I’m so tired of worrying, I didn’t realize I hadn’t gotten a chance to enjoy nature like this lately!~ Me: Well..I guess you’re right, so sorry Sakura-chan! Maybe it was just..an airplane or so..

Sakura was quiet for awhile. Now that she mentioned it, it was indeed peaceful at this moment, I wish we could stop time and have more quiet moments like this indeed 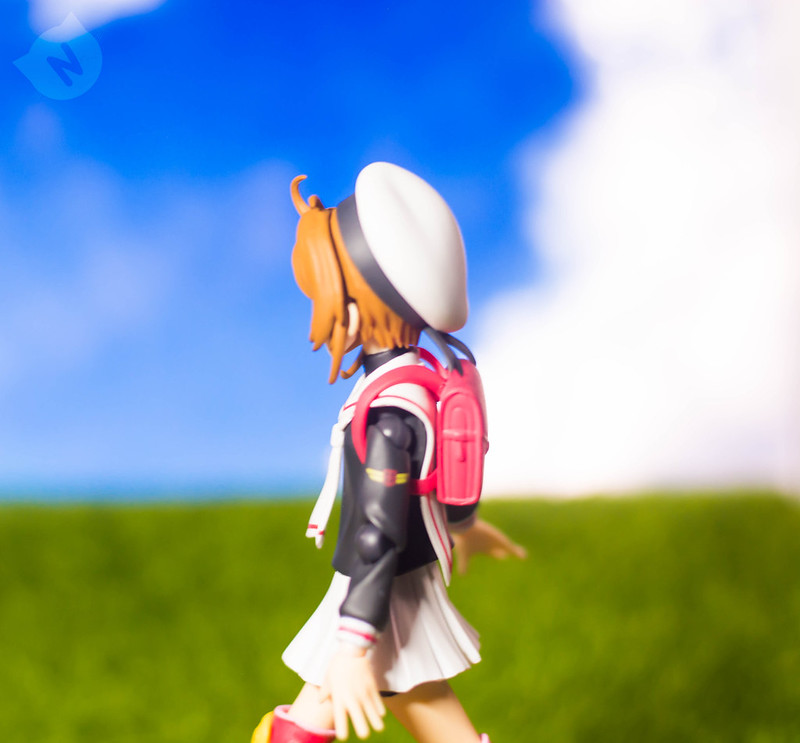 Sakura: Well, unfortunately it can’t be like that forever.. Me: Ri-right! Sakura-chan, you’re leaving now? Sakura: Yep! Well got to go! Got to roll~and see ya around!

With that, Sakura left me staring at the clouds. She’s right I guess, I think about things too much..and it’s a Friday, so I guess she’s also excited to end the day despite the need to go to school and catch Clow Cards. I MEAN COME ON, EVERYBODY LOVES FRIDAY…

As a Nendoroid collector, I say that figmas aren’t bad at all! They’re like, bigger Cu-poche! I used to actually hate the joints but now that you think about it, it’s the main reason why figmas stand out. It lets you do fun poses and it’s more ‘real’ compared to Nendoroid being in the ‘cute’ side.

So, if you’re still thinking of getting a figma (as I was before) maybe getting one of your favorite character can be start of something new! Any toy line must get some love! Thanks to awesome GoodSmileCompany as always for this figma

Thanks to OtakuhobbitoysPH for my figma Sakura Kinomoto: School ver!